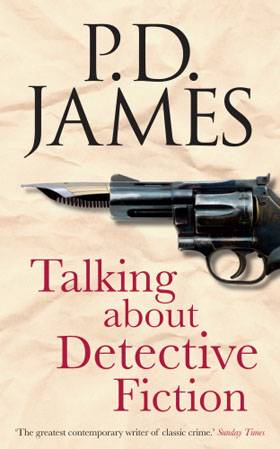 In the ‘Elements of Crime’ section of your A Level examination you will be required to respond to an unseen passage of crime fiction. To be able to answer this question effectively and support your understanding of your set texts, you need read an extensive range of fiction and non-fiction texts within the crime genre. My first suggestion is to delve into the work of P D James one of the great literary crime writers of the 20th Century.

P D James is one of the great British crime novelists in the ‘who-dunnit’ tradition. She wrote 16 novels based on her poet detective Adam Dalgliesh, starting in 1962 with ‘Cover Her Face’. She also wrote two novels revolving around her female private detective Cordelia Gray. Almost all of these have been adapted for television. There are some elements of the ‘police procedural’ in her work but mostly, with her use choice of contained groups of suspects and genteel settings, she owes more to the writers of the Golden Age of Detective Fiction such as Agatha Christie

A life long fan of Jane Austen, she also wrote a crime novel based on the characters in ‘Pride and Prejudice’ entitled ‘Death Comes to Pemberley’ – where George Wickham (Elizabeth Bennett’s brother-in-law) appears to be guilty of murder. If you are going to read this one then I strongly suggest you make sure you’ve read the Austen first.

As well as her novels P D James produced two fascinating non-fiction texts on the subject of crime. Her book ‘Talking about Detective Fiction’ provides an invaluable investigation into the history and key features of modern crime writing. The second text is an historical investigation into a real event – the Ratcliffe HIghway murders of 1811. ‘The Maul and the Pear Tree’ looks at the original gruesome case with forensic detail and suggests a new solution to the famous murders. This is ‘true crime’ writing at its best.

I suggest buying a copy of ‘Talking about Detective Fiction’ as it will be extremely useful throughout the year. You should also aim to read at least one of her detective novels – she could easily come up as an unseen in the exam.

This is a text widget, which allows you to add text or HTML to your sidebar. You can use them to display text, links, images, HTML, or a combination of these. Edit them in the Widget section of the Customizer.